Sand miners and the district government have been at loggerheads ever since the authorities banned mining on river beds from June 10 during the monsoon. Deputy Commissioner A B Ibrahim had taken steps to stop miners from forming underwater sand dunes in rivers to save the fish progeny.

Sources in the environment and ecology department confirmed that it was a step in the right direction since established studies have proved that phytoplankton and zooplankton, which are nutrition to many types of fish progeny, would be washed away if sand mining was allowed during monsoons.

Sources quoting a report from the International Union of Conservation of Nature (IUCN) say freshwater fish are the most threatened group in peninsular India, with more than a 37 pc at risk of global extinction.

For example, the endangered Deccan Mahseer (Tor khudree), is one of the most sought-after food fish. Sadly, due to overharvesting, invasive species and pollution, it has declined sharply in the past decade.

Another iconic species of fish, Miss Kerala (Puntius denisonii), is also classified as endangered, as it is targeted and caught indiscriminately by ornamental fish traders and its habitat is being impacted by pollution from plantations and urban areas and from sand mining.

Experts in the fisheries college affiliated to the Karnataka Veterinary, Animal and Fisheries Science University, Bidar say it is evident the monsoon is a breeding season for both marine and freshwater fish. Allowing sand mining during monsoon amounts to wilful destruction of fish progeny.

Sand mining is becoming an environmental issue. So, Stona Sand has chosen to produce mSand an eco-friendly alternative of river sand, which is manufactured by a standard set of process from hard granite stone, which will not suit agriculture or any kind of wildlife ecosystem. 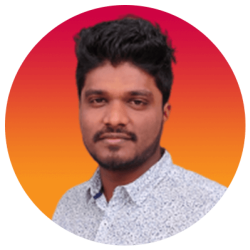 Latest posts by stonasand (see all)